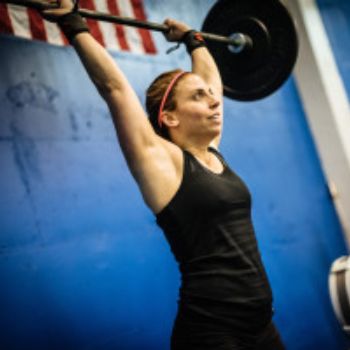 Jara started her journey with CrossFit in 2009. Her husband, Sean, returned from a deployment Afghanistan where he trained with other CrossFitters. They began working out together at home. She had just had her third child, and although she had been a lifelong athlete, personal fitness had become secondary to raising her kids. CrossFit was an immediate match for her. It was fun and hard – and it brought her back to a fitness levels akin to her days playing lacrosse and ice hockey in high school and college.

Since receiving her CF-L1 certificate in 2010 she has been training others and wants to share what CrossFit can help people accomplish physically, mentally and emotionally. She began instructing in her home garage  and found that there is always more to learn and share with others.

Jara’s personal goals are to lift with friends, compete against herself, and through CrossFit have energy to keep up with the busy lives of her three kids.